Lately I have been exploring the world of savory oatmeal recipes, because I like oatmeal but I was tired of the normal breakfast version. This morning I had it with clams. The clams were from the frozen section of the grocery store in the store I go to they are the Wholey brand with a garlic sauce. I cooked the clams seperate from the oatmeal. Once the clams had open I started to remove them from their shells and putting them in a bowl. While I was cooking the clams I was also cooking the oatmeal following the directions on the package. I used steel cut oatmeal, but this would work just a well with old fashion oats. When the oatmeal was almost done I added the clams, clam broth, a teaspon of sambal sauce and a dash of soy sauce. I really enjoyed it and would recommend trying it.

This is Soon Dubu Jijjigae a Korean soup with soft tofu, clams, zucchini and mushrooms. It is very spicy and it was so hot that when it came it was bubbling. It was excellent 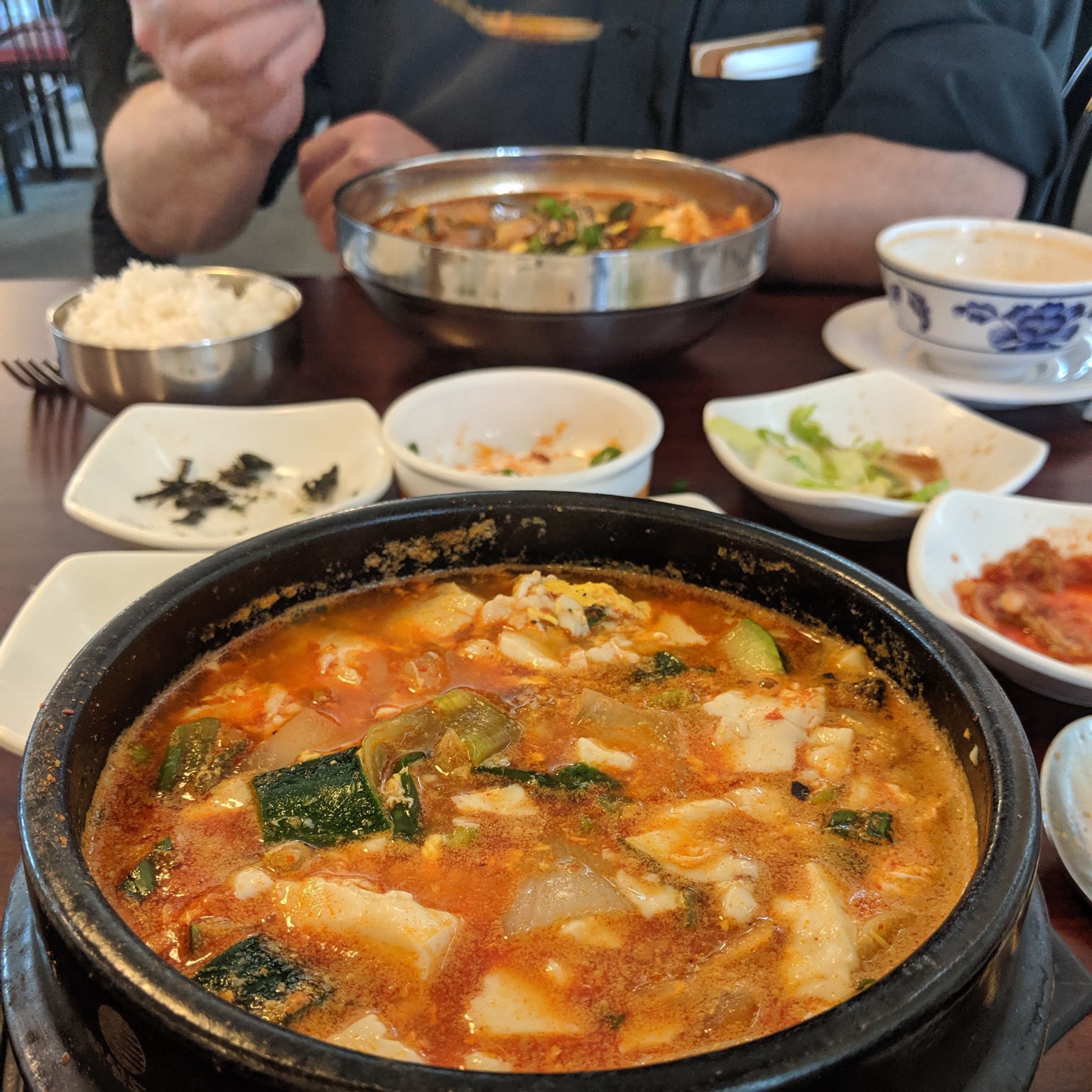 We went to Sara’s Restaurant a traditional American restaurant. I love the food there, but for some reason the dinner came with both rice and a bake potato. I love both but I really don’t need that much starch in one meal. 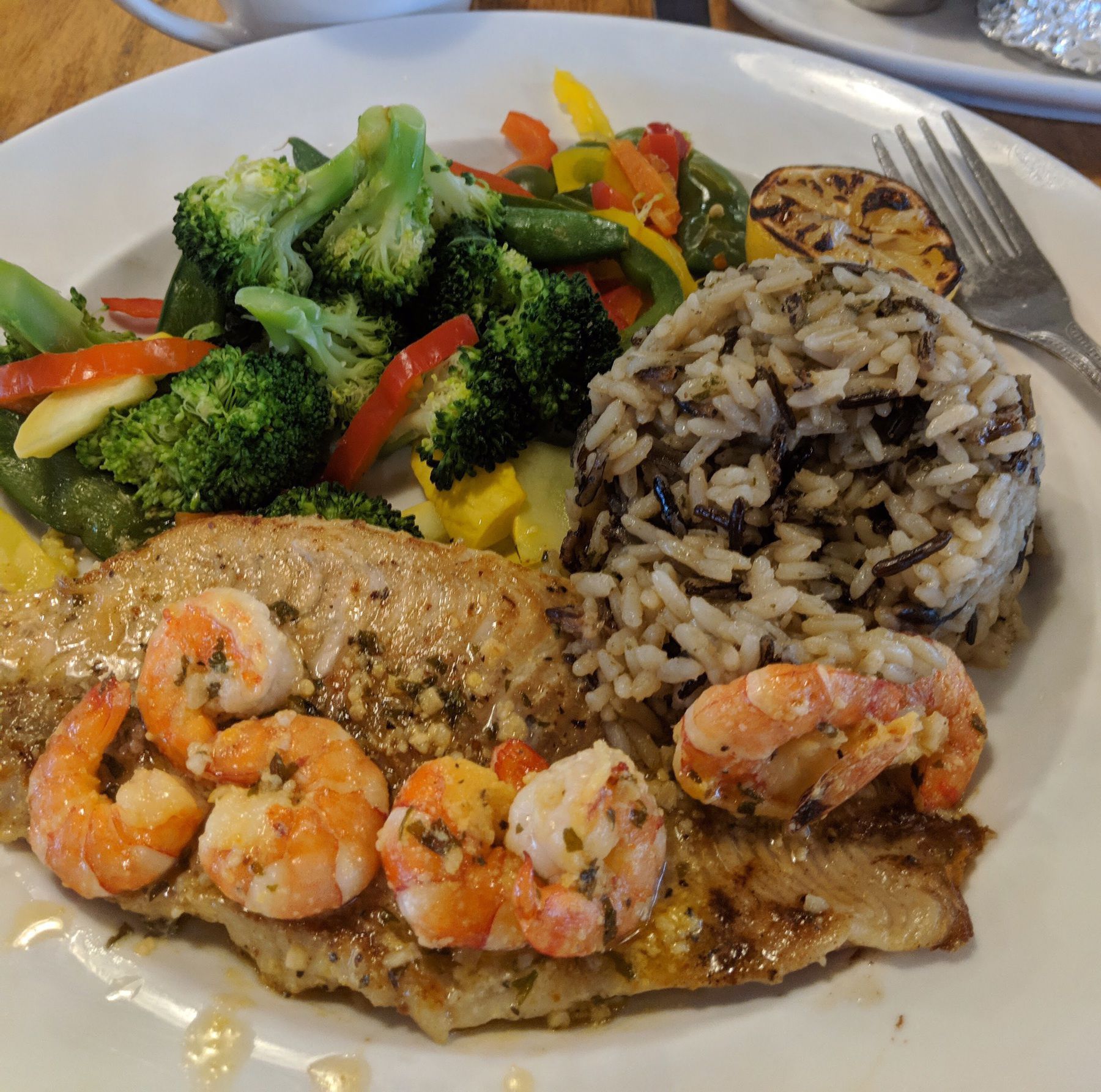 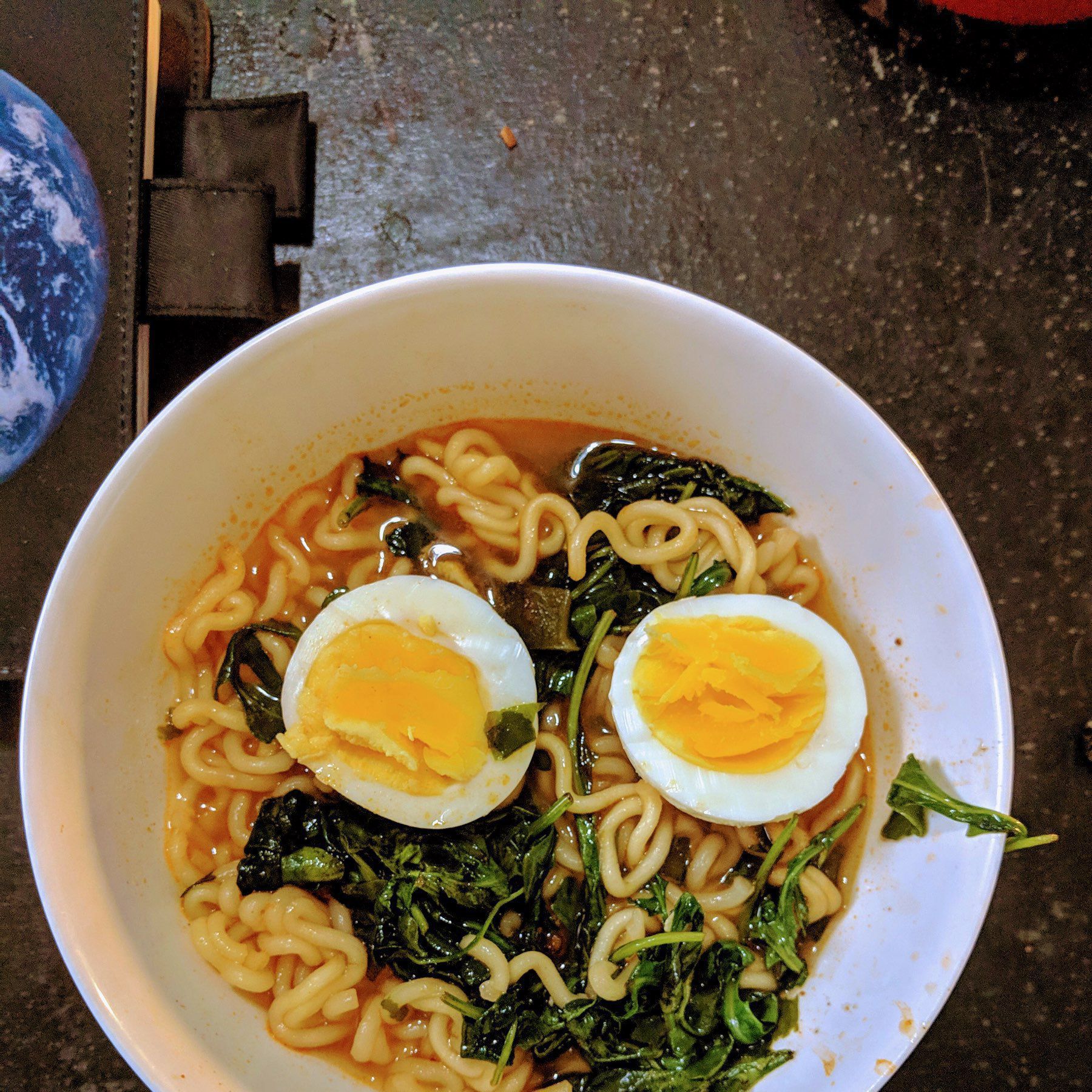